Feel Free to Inquire About Parts You Need 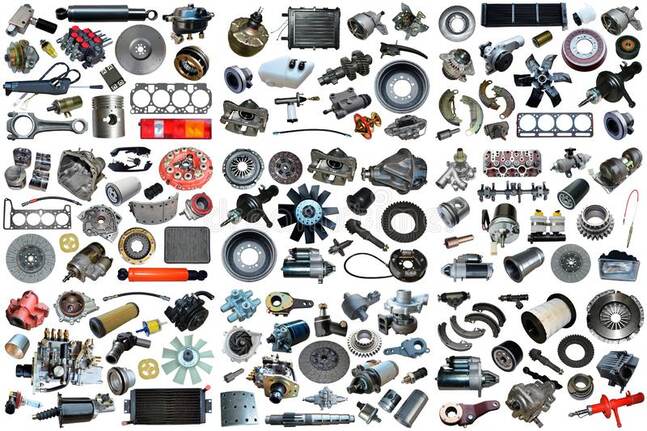 You’ve probably considered scrapping an old car that isn’t worth much or has mechanical faults that are too expensive to fix. Scrapping is the quickest way to get rid of a car that has reached the end of its useful life. In actuality, scrapping a typical car will net you about $1000, if not less. However, there is still a chance of getting a lot more! You may make more money by dismantling the car and selling the individual components. It will take longer, but you will almost certainly earn more money than if you scrapped it. Calculation and common sense are required to determine whether you should sell your car for spare parts or not. If you’re emotionally attached to your car, which is natural if you’ve had it for a while, try to put it aside for the time being. If you’ve decided to sell car for spare parts, there are a few options available to you.

Should I Sell Car For Spare Parts?

First, acquire a few quotes to determine how much it would cost to repair your automobile so that you can drive it again or sell it to a car dealership or a private buyer. If your vehicle has a salvage title, check to see if your state has any additional restrictions for selling it. If the repairs you require cost more than half the value of your automobile, or if they are becoming more regular and putting you in a potentially dangerous scenario, we recommend selling it for parts and thinking about a new vehicle. If you think the vehicle has served its purpose and no buyer would be interested in buying the damaged car, you should sell it for parts. Selling such cars for spare parts is also logical as you wouldn’t get much by selling them as a whole.

Sell Your Car To Junkyards/ Salvage Yards Or Car Wreckers Nearby

To begin, make certain you have a “clean” title. To transfer ownership of your car, you’ll need to sign this document on to the person or company to whom you’re selling it. The definition of a clean title varies by state, but it usually signifies the car is free of liens or legal claims. Get quotations from local junkyards and salvage yards to see how much they’d pay for your automobile in its current state. Some may even offer to come to your location and pick up your vehicle. Before they come to your place, make sure to remove all of your personnel’s things. If your car fits the conditions to be sold in your state and municipality, you can also list it for sale to private parties online. If you have a tight schedule and want to get rid of the vehicle easily for quick cash, junkyards are your most viable option.

If you’re willing to remove parts out of the automobile yourself, you’ll have more possibilities. You’ll need the equipment and abilities to properly remove separate parts from your car for this. After you’ve removed all of the parts, take pictures of them and put them up for sale on the internet. The first place you should go to sell your car parts is on a website with forums specialized to your vehicle’s particular make and model. This allows you to concentrate your efforts on purchasers looking for parts for the vehicle you own. Because of shipping expenses, it will probably be more cost-effective to sell large and heavy items locally, on Craigslist and Facebook Marketplace. Smaller parts, on the other hand, may command a greater price if featured on nationwide websites.

These are the easiest car parts to sell.

It’s often easier to simply remove and sell the spare parts that will make you the most money than selling the automobile to a scrap yard. You’ll probably get the same or a similar deal for only the shell as you would for the entire vehicle. There are a few parts that are easier to sell than others, either because they are in high demand or because they are simple to replace out.

1. Engine — Someone out there will always need a replacement engine, whether it’s for a simple swap, a rebuild, or simply to strip for parts. However, the cost will be determined by the miles. Your engine is perhaps the most valuable of all the parts.

2. Gearboxes – gearboxes are constantly in demand, whether they need to be overhauled or just replaced. The price will be determined by the mileage and whether or not all of the gears engage.

3. Airbags – Because cars are involved in accidents and airbags are deployed, there will always be a demand for unused airbags. Buying new from the manufacturer is pricey, thus used ones are constantly in high demand.

4. Seats – Car seats are probably one of the simplest items to remove in most cars; they just bolt to the floor and can be had for a cheap price second hand. Perhaps someone has a rip in theirs and wants to exchange it with a less-abused set.
Others easily sellable car parts include car batteries, windscreen, radiator, ac-compressor, etc.

Where to sell car parts?

If you’ve taken out all of these components, you’ll want to sell them, and eBay is your best buddy for a couple of reasons. To begin with, you probably have no idea how much any of these things is worth; a fast search on eBay will reveal at least one, if not hundreds, of other items depending on your vehicle. This will give you a decent sense of how to price your parts, whether you want to make them the cheapest on the site for a speedy sale or value them higher if they’re in great shape. Second, when it comes to selling spare parts, eBay is undoubtedly the largest online marketplace for used car parts, allowing you to reach the widest potential audience.

All in all, if you are stuck with an end-of-life vehicle and are planning to make the most out of it, definitely sell it for spare parts. Given the time and effort required to sell a car for parts, we believe that most people would be better off selling their automobile to a salvage yard or junkyard, or even donating it to a charity, rather than trying to sell its individual pieces. Selling parts from your dying car, on the other hand, might be a lucrative activity for you if you are talented at auto mechanics and/or you’d like to start a new hobby that will make you money rather than cost you money.